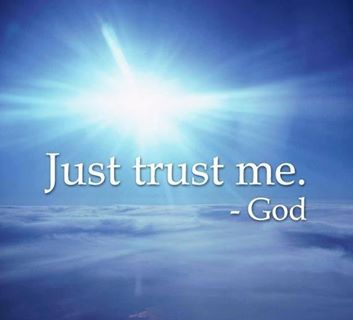 When going through tough times just like David, we have to encourage ourselves in the Lord by speaking His words over ourselves. God never wanted us to be consumed by the things of this world but we are to cast all of our cares, worries, and concerns upon Him for He cares for us. Every detail of what we go through be it small or big God cares. Actually the trials that we go through seem so great because we magnify the insignificant mole hill to a giant-sized mountain. BUT God declares in His word, “is anything too hard for the Lord?” Genesis 18:14

Just imagine, God favored Abraham and Sarah to conceive a child in their old age at the set time. That was possible with God then and He is still well able to do what seems impossible in our lives right now. I recall when I came upon what presented as an impossible situation stacked against my son. He was in a classroom that I did not feel was going to challenge him academically or be a sound structured environment. I stayed calm, remained at peace, prayed and watched God do a one day turn around. My son started a new school and stated “this was the fresh start I needed.” Now looking back I see the hand of God in everything that transpired for the good. Do all of your tests or my tests pass that quickly? No, because to be candid there have been times in my life when I immediately rehearsed the problem. Yet when I come to myself I reverse the curse and began speaking the Word which is the solution to every pain, hurt, obstacle, and challenge. Imagine if the release of the concern we have in our lives were given to the Lord quickly and completely. With you and I allowing him to speak to our hearts and move according to how He leads in the situation who knows how quickly some of the storms in our lives could just simply pass over. Yes, the challenge is to trust that God can do a much better and thorough job with our issues than we can.

Let’s take our eyes off of our situation right now and declare that God is so much greater. And greater is He who is in us than he who is in the world. Remember how you would toss a child in the air and he/she would say ‘do it again’ because they trusted that you would catch them and they had no fear of falling or getting hurt. You’ve just come out of one trial successfully and now you’re going through financial difficulty, relational upsets, or an unexpected health issue. But can you think back on a similar situation in which God brought you out? I challenge you to say right now to Abba Father, ‘you’ve brought me through before, Lord, do it again!’ Lord, we’re standing still, watching, waiting, and allowing you Lord to fight every one of our battles. Casting all of our cares one by one on you Lord and trusting…not that you will work it out..but, that it’s already done! We’re just waiting on the manifestation of breakthrough. And that particular enemy we will see no more forever!! in Jesus name, thank you Lord. “Don’t be afraid. Just stand still and watch the LORD rescue you today. The Egyptians you see today will never be seen again. The LORD himself will fight for you. Just stay calm.” Exodus 14:13-14

Are you holding onto something that the Lord should be carrying for you? Or right now are you letting go of that thing so that God can reach out and rescue you? If you’re ready right now, say, Yes Lord I’m releasing all to you. You healed me before, you blessed me before, you opened doors before, you brought me out before…Lord, do it again, right now, in Jesus name, thank you Lord!